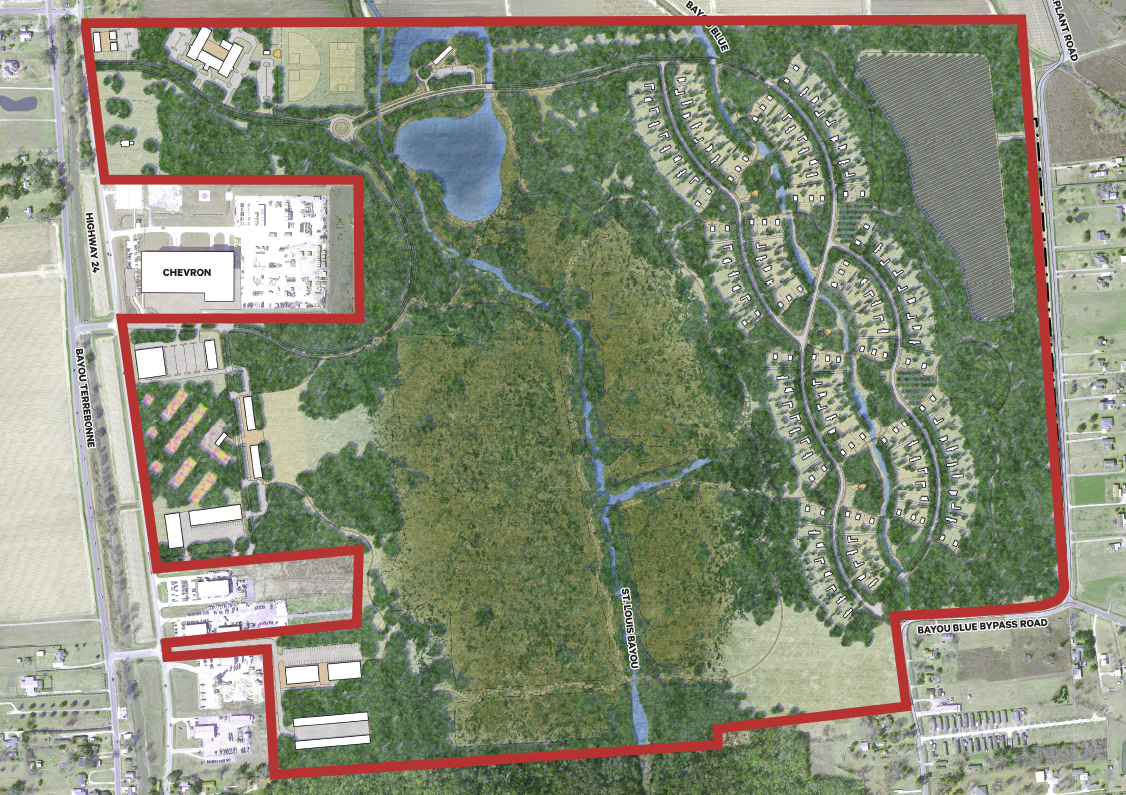 After extensive research, evaluation and input from island residents, the Louisiana Land Trust, on behalf of the Louisiana Office of Community Development, purchased 515 acres of rural land near Schriever in Terrebonne Parish to serve as the site for the Resettlement community. The selected site, about 40 miles north of Isle de Jean Charles, is a higher, safer and more resilient location.

Resettlement team members continue to develop and refine a master plan for the community that includes features and needs expressed by current island residents. In November 2019, Isle de Jean Charles residents agreed to name the Resettlement community The New Isle. Site plans include commercial and retail spaces, a community center and walking trails.

HEART OF THE RESETTLEMENT: PARTING FROM THE ISLAND

The Resettlement of Isle de Jean Charles is a process filled with both relief and uncertainty for islanders. Many current residents know they should move, but this move will take them away from all they have ever known. Several residents have expressed concern about the distance between The New Isle and the island.

In interviews with the Resettlement team, island residents revealed they see Isle de Jean Charles as a place of security and isolation. They embrace the rural setting—the quiet and the tranquility. It is a place where they know each other and their history, and a place where both independence and care for neighbors and family are core values.

Despite its challenges, residents know how to live on the island. They are resilient and ingenious “do-it-yourself” individuals who can repair their houses and fix their cars, heaters and pipes. They know how to prepare for storms and how to recover afterward. Some of these skills are transferable to The New Isle, but others will be lost. As one islander said, "I have never fished in fresh water; I have only fished in salt water." He went on to describe how he views the difference and the magnitude of change it requires. This is just one of the many changes islanders are facing. Although the proposed move is only 40 miles north, in many ways, it is perceived as a world away.

Parting from the island will be a transformative process, as individuals and families adapt in significant ways. The Resettlement team will continue to work closely with the community to ensure that throughout this leave-taking and the losses it entails, there are new opportunities, new connections and new peace and security to be found.